Midland and Penetanguishene are small picturesque towns located on the southeast shore of Georgian Bay, only 90 minutes north of Toronto. In the summer, they become a hotspot for Canadian and international tourists.

Wye Marsh Wildlife Centre in Midland – #16160 Hwy 12 East, Midland – (705) 526-7809
Nature at it’s best! The Wye Marsh Wildlife Centre in Midland, Ontario invites you to leap into a natural experience you will always remember. This not-for-profit, environmental awareness facility is dedicated to operating year-round programs. Their goal is to develop awareness, enjoyment and understanding of the environment and wildlife. The Wye Marsh is our next door neighbour on three sides. Our trails link to their public trails and since we have no fences between us the transition is smooth from our land to the 3000 acres of provincial land that encompasses the marsh. The marsh attracts lots of bird species and Sugar Ridge is a great place to watch them fly overhead.
Recent News: Wye Marsh named one of Canada’s top hikes

Martyr’s Shrine – Hwy 12E, Midland – 705-526-3788
The shrine was built to honour the Jesuit missionaries who were martyred here centuries ago. This is the most visited tourist site in Ontario with annual pilgrimages for thousands of visitors. A Catholic mass is open to attend during the summer months. The grounds of the shrine are beautiful and gardens overlook Georgian Bay. The pope visited here in the 1980’s, giving people another reason to visit the historic site.

Huronia Museum & Huron-Ouendat Village – Midland – 705-526-2844
The local museum in Midland houses a variety of displays documenting the history of the local area including the Midland Boatworks, rail system and shipping of early days. Huronia is named for the Huron people who once were the main occupants of the area. The museum grounds have a Huron Village complete with long houses, teepees and various art and cultural exhibits to get a better sense of how the typical village would look and operate.

Sainte-Marie Among the Hurons – Hwy 12E, Midland – 705-526-7838
If you’ve seen the movie Black Robe, you can get a sense of what life was like in Ontario’s first European settlement. This Jesuit settlement was created to bring Christianity to the native population. The buildings are staffed with costumed interpreters fully bilingual in french and english to answer your questions about how to bake lavender cookies in the wood fired oven or create metal works in the blacksmith shop. Everything done on site is as historically accurate as possible. the gift shop on site allows you to take home various treasures and has some excellent books. The museum contains a variety of artifacts found in the excavation for the site. Our favourite time to go is at the beginning of December when there is a First Light celebration and the entire grounds are lit with thousands of candles and demonstrations of native dances, throat singers, and drummers fill the long houses while folk singers and fiddlers fill the other buildings and those lavender cookies are given away in the kitchen.

Tay Shore Trail – Hwy 12E, Midland – 705-526-7838
Trails are a wonderful way to spend an enjoyable day, relaxing and taking in the scenery. There are spectacular views and natural areas that can be enjoyed as you travel the Tay Shore Trail.  The Tay Shore Trail is fully accessible and permits walking, bicycling, rollerblading and cross country skiing.
In the news: Bike back in tim on Tay Shore Trail

Discovery Harbour – 93 Jury Drive, Penetanguishene – 705-526-3788
Discovery Harbour was once an outpost of the British navy, created to battle during the war of 1812 (which never actually made it here). It became a historic site, with buildings intact and costumed interpreters explain or show you how to make butter or candles. You can go for a sail on the historic replica ships H.M.S. Bee and H.M.S. Tecumseth.  The King’s Wharf Theatre is located here and is open during the summer months as part of the Drayton theatre circuit.

Murals of Midland – 208 King Street, Midland – 705-526-7884
Over 30 huge murals grace the walls of businesses in the downtown core. The mural painted across the ADM grain elevator building at Midland’s harbourfront and is 80 feet by 270 feet in size. This project has been labeled the “Largest Outdoor Historical Mural in North America. The entire walk will take you about an hour and you won’t be disappointed.

Stephen Leacock Museum – 50 Museum Drive, Orillia – 705-329-1908
Stephen Leacock, Canada’s beloved humourist spent his most creative time in what he coined as Lake Simcoe Country. In 1910 Stephen published the first of his humorous books, Literary Lapses and thus began a humour-writing career that gained him fame throughout the world. From 1910 until his death in 1944, Leacock produced an impressive string of best selling humour books which still sell remarkably well over sixty years after his death.

Rounds Ranch: A Western Experience – 1922 County Road 92, Elmvale
With a passion to teach others the importance of farmers and farms, Rounds Ranch began with school tours where children could learn and have fun at the same time! Rounds Ranch is open to families of all ages from the July long weekend to October 30th. Please visit our Day Visits page to see all the fun & educational activities you can experience with your family at the Ranch. 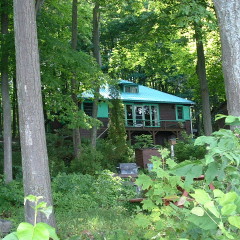 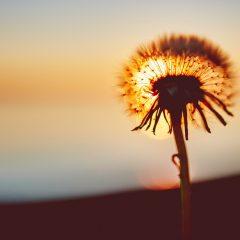 Get Your Glow On! Yoga Retreat 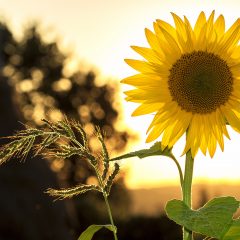 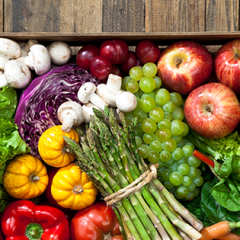